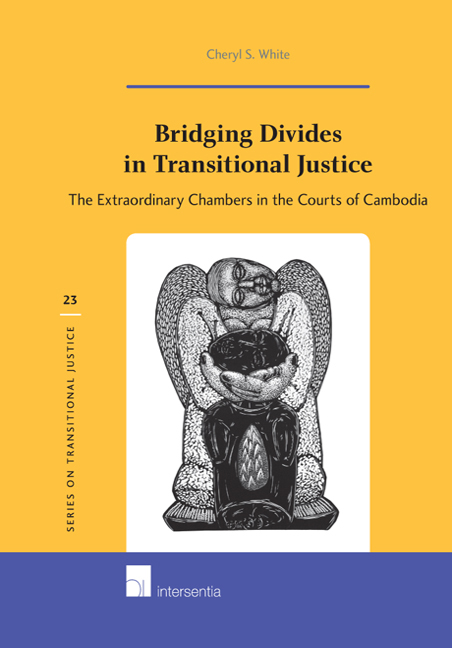 EXPRESSIVISM AND COMMUNICATION IN TRANSITIONAL TRIALS

Don't be afraid of death – just tell the truth! We reconstructed ourselves for the revolution, now we must change for humanitarian reasons – more than a million people died at the hand of the CPK.

The appeal above by the accused to a witness in the first trial at the Extraordinary Chambers in the Courts of Cambodia (ECCC) in 2009 was communication of a kind rarely analysed in internationalised criminal justice literature. It captured the communicative nature of the trial proceedings, whereby witnesses or civil parties and accused persons were able to engage in mediated dialogue, leading to exchanges that produced greater understanding and meaning. Attention to the communicative dynamics of transitional trials contrasts with accounts of international proceedings as being concerned primarily with reflecting the development and enforcement of international norms, or demonstrating due process standards which promote the rule of law in societies recovering from atrocity crimes. In other words, the expressive value of transitional trials for the purposes of post-conflict nation building is usually highlighted rather than the communicative power of trials resonant with deeper social imperatives.

This book engages with the dissonance in transitional justice between the expressivism of internationalised criminal trials and their communicative value within the societies most affected by their operation. Using the proceedings of the Extraordinary Chambers in the Courts of Cambodia as a case study, it elucidates the limits of expressivism and proffers an alternative, or at least complimentary, theory of the transitional trial based on communication.

In the Western criminal justice tradition, expressivism is concerned with the publicly constructed meaning of a trial. Meaning derives from the authority of the prosecuting institution as it enforces norms and ritually engages the mechanism of sentencing or acquittal as the direct outcome of formal criminal procedure. In the transitional justice context, the court's demonstration of due process standards is designed to reflect a model of justice for a society recovering from international crimes formerly perpetrated with impunity. Within trials, the expressivism of the norm of accountability and the international rule of law has taken precedence over provision for the transitioning society's engagement with its history of large-scale violence within the sanctity of a court of justice.