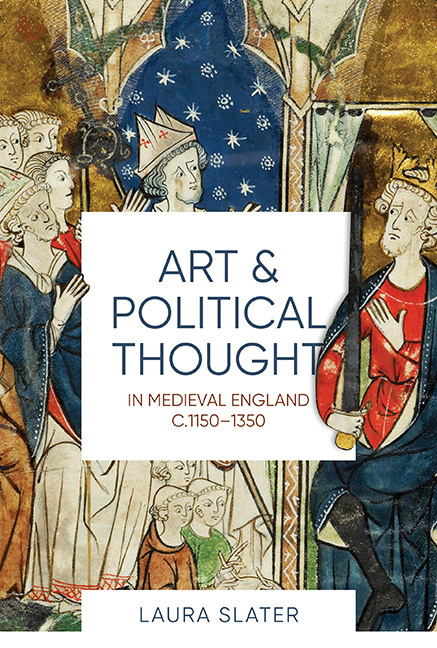 Art and Political Thought in Medieval England, c.1150–1350
Buy print or eBook[Opens in a new window]

4 - Visions of Government during the Three Edwards

From the writings of chroniclers at St Albans to the baronial polemic of the Song of Lewes, an administrative approach to the constraint of royal power was incorporated into the sacral vision of government shared across the English political elite between 1200 and 1270. Political reformers promoted specific, legal and contractual (with Magna Carta) and then institutional and conciliar (in the Paper Constitution and the Provisions of Oxford) constraints on royal power; or, as the Song of Lewes characterised it, a constraint of the king ‘that is not of slavery, but is the enlarging of kingly virtue’.

All of these policies were obsolete by 1300. The traumatic outcome of the Barons’ War discredited the idea of imposing councils on an unwilling monarch or attempting more stringent forms of constitutional restraint for the next half century. Magna Carta and its satellite documents retained their talismanic status as touchstones for English liberty and good government long past 1300. From the mid-fourteenth century, their confirmation became a ritual preliminary to parliamentary petitioning. Yet they were no longer seen as key to the resolution of contemporary political problems. There were no demands for the charters to be reissued or confirmed by the reigning monarch in the fourteenth century, in contrast to the eight occasions from 1215 to 1300 when this occurred. Clear statements of law setting out the scope and boundaries of royal power were no longer a central demand of political reformers. Instead, their attention focused on governmental malpractice. For Michael Prestwich, the 1311 Ordinances, another attempted baronial appropriation of government successfully repealed by Edward II in 1322, mark ‘the end of the historical chapter which opened with Magna Carta’.

New pressures impacted on these new political demands. The earlier part of the reigns of the three Edwards saw a dramatic escalation in the violence directed at the elite by an increasingly assertive crown, jealously guarding newly clarified legal rights and prerogatives. During a period extending from the grim death in 1295 of the English knight Thomas de Turbeville, convicted of spying on behalf of the French, to Edward III's summary judicial execution of Roger Mortimer in 1330, political life became murderously dangerous for the very greatest of the ‘men of rank and power’.