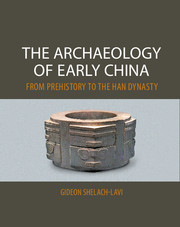 Starting at around the mid-seventh millennium BCE, north China witnessed one of the most dramatic social, economic, and cultural changes in its history. For hundreds of thousands of years the human occupation of this region had consisted of small groups of mobile hunter-gatherers. Then, within a short period of less than a thousand years, the entire region became populated by much larger sedentary agricultural communities. This change is reflected both in a dramatic increase of the region’s population density and in the size of individual communities. During the same period, the economic strategies of the Early Neolithic societies became much more dependent on food production, they adopted far more complex forms of social organization, and interpersonal relations were transformed. These trends were accompanied by meaningful cultural changes – the development of art forms, new types of belief, the careful treatment of the dead, and so on.

Archaeological remains from the very first societies of the Early Neolithic period – those dating to the seventh and early sixth millennia BCE – show a clear departure from the Paleolithic traditions in this region. For example, even the earliest sites from this period are compact villages, where unmistakable remains of houses and other permanent structures can be identified. This is in sharp contrast to the absence of such features at the earlier sites discussed in previous chapters, such as Nanzhuangtou and Donghulin. This is not to say that the findings imply a complete break between the two periods; on the contrary, I believe that the processes described in Chapter 3 carried through into this period and were responsible for much of what happened during the Early Neolithic age. Nonetheless, the pace of change accelerated and many new material expressions emerged.