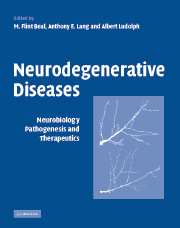 from Part II - Neuroimaging in neurodegeneration