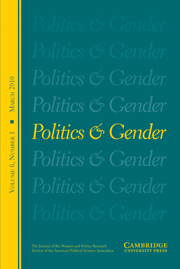 Whatever Happened to Feminist Critiques of Marriage?