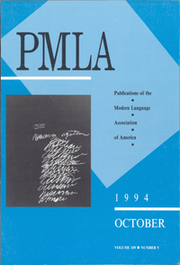 Two Scholars Reflect on Their Careers