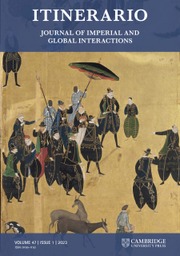 Emigration from the German states was a mass phenomenon in the “long” nineteenth century. Much of this migration was of course labour migration, and German workers were very much on the move during the nineteenth century: in addition to the traditional Wanderschaft (travels) of journeymen, the century saw increasing internal migration within and between German-speaking lands, migration from rural areas to cities, and the participation of working people in emigration to destinations outside Europe. Over five million Germans left the German states from 1820 to 1914, with a large majority choosing the United States as their destination, especially in the earliest waves of migration. By comparison with the mass migration to North America, the flow of German migrants to the British colonies in Australia (which federated to form a single Commonwealth in 1901) was a relative trickle, but the numbers were still significant in the Australian context, with Germans counted as the second-largest national group among European settlers after the “British-born” (which included the Irish) in the nineteenth century, albeit a long way behind the British. After the influx of Old Lutheran religious dissidents from Prussia to South Australia in the late 1830s, there was a wave of German emigrants in the 1840s and 1850s, driven by the “push” factor of agrarian and economic crisis in the German states in the 1840s followed by the attraction of the Australian gold rushes and other opportunities, such as land-ownership incentives. While the majority of German settlers were economic migrants, this latter period also saw the arrival in the Australian colonies of a few “Forty-Eighters,” radicals and liberals who had been active in the political upheavals of 1848–9, some of whom became active in politics and the press in Australia. The 1891 census counted over 45,000 German-born residents in the Australian colonies.