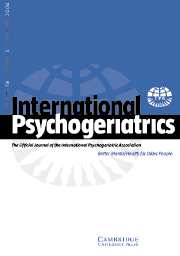 For Debate: Is Mild Cognitive Impairment a clinically useful concept?