A Legacy in Fossils: a Tribute to Stan Wood 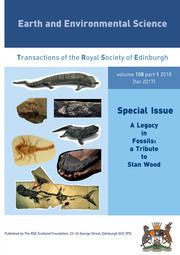