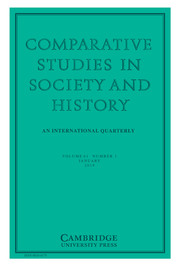 The Proletariat and the Commodity, in Comparison

History Gathers in Trees and Streets

Moral Codes of States in Transition

“Culture” vs. “Religion” in European Islam