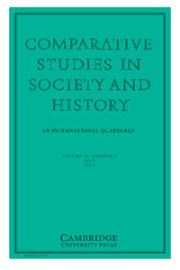 Earlier versions of this paper were presented at the Making of Law in the Ottoman Space, 1800–1914 Workshop at Collège de France, the Duke–UNC Islamic Studies Graduate Student Workshop at the University of North Carolina at Chapel Hill, “Workshop in the Global 19th Century” at the University of Pennsylvania, and finally at the Ottoman Studies Lecture Series at the Hagop Kevorkian Center for Near Eastern Studies at New York University. I am grateful to the participants of these workshops and talks for their valuable feedback. I also gratefully thank the anonymous CSSH reviewers for their suggestions and criticism, and David Akin for his meticulous editing. The research for this article has been supported by the Social Science Research Council and the Charlotte W. Newcombe Foundation.