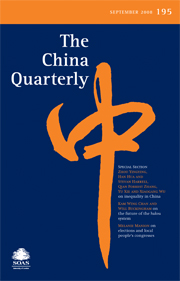 Special Section on Inequality in China