Latest volume of The China Quarterly 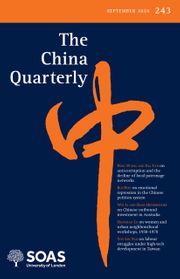