Latest issue of The Canadian Entomologist 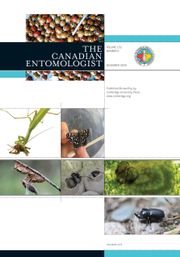