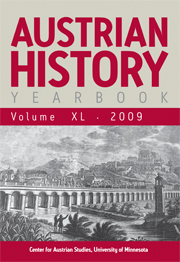 Forum in Honor of R.J.W. Evans