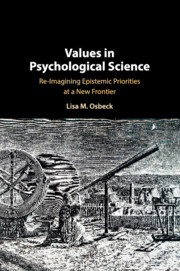 In this book, wide-ranging sources are utilized to seek alternatives to the science-value dichotomy and to move beyond unhelpful impasses between qualitative and quantitative methods. It urges new directions of impact for psychology through intra- and interdisciplinary collaboration in order to confront unprecedented global challenges, generate questions and articulate new possibilities for a sustainable future for humanity. The analysis places the researcher as the principal instrument of any science - an affordance and an ongoing form of demand. Foregrounding 'the personal' also emphasizes continuity across arts and sciences; the interfaces of which contain the full range of resources for innovative thinking. The enduring relevance of observation, imaginative sense-making, and perspective-taking to psychology are explored. In emphasizing that 'the person' and 'the personal' reflect interconnected systems of various levels, the book calls for an appreciation and cultivation of these activities in the psychological scientific community.

'This book develops a holistic picture of the scientific project that acknowledges the role of imagination, perspective-taking, and values alongside of observation and reason. Addressing epistemological rifts in psychological science, it advances our understanding of both knowledge and moral responsibility within research. I recommend this book to every social scientist.'

Heidi M. Levitt - University of Massachusetts, Boston and President of the Society for Qualitative Inquiry in Psychology

'Lisa Osbeck’s scholarly and deep meditation on the relationship between the activities of the scientist and the artist is in the service of creating an artful scientific psychology. From consideration of the fine points of shared epistemologies to an exploration of the similarities between the worldviews of Henry and William James, she shows us how attention to observation, imaginative sense-making and perspective-taking are central to advances in knowledge and understanding. This book is both profoundly humanistic and rigorously steeped in the philosophy and practice of science. It shows how, within psychology, we can draw from both arts and sciences in order to better understand people. I learned a great deal from reading this book and came away inspired.'

'In this elegantly written book, Lisa Osbeck offers penetrating, eye-opening insight into the epistemic implications of the commonality that unites the sciences, arts, and humanities, in all their disparate instantiations: the acting person on whose rational faculties they all depend. Osbeck explains how the uniqueness of every investigator, when properly appreciated, does not obviate psychological science but rather participates in advancing a coherent, progressive discipline. Her vision stands to breathe new life into psychology, not least by explicating the kinds of cross-disciplinary, boundary-expanding, scientifically imaginative decisions essential to the ‘generative thinking and collaborative problem solving’ that psychological scientists, theorists, and philosophers rightly value. I recommend this book to anyone seeking a fresh and refreshing understanding of psychological science, one that places old epistemic divides (e.g., human science vs. natural science, arts/humanities vs. sciences, facts vs. values) in a new light - and reveals psychology’s hidden and/or forgotten potential in the process.'

'Psychology has long needed to discuss and evaluate the epistemological underpinnings of its various methodologies. This book provides the background to help it do so in highly constructive ways. Complex ideas about the processes of observing and knowing are explained and evaluated with clarity while the reader is prompted to think and rethink about the often tacit and thereby misleading assumptions that control how we understand the mind and behavior. The clear explanations herein comprise a treasure-chest of information. It is an immediate classic.'

'In this monumental work, Lisa Osbeck's incisive historical and philosophical analysis establishes beyond question that the practice of good science and sciences that contribute to the common good are logically and pragmatically one and the same. In so doing, Osbeck has provided the current generation of social and environmental scientists, neuroscientists, psychologists, journalists, writers, artists, and social policy analysts a collaborative model for attacking the pressing problems of our times, rather than each other. It is a book of breath-taking scope, showing how passionate observation, disciplined perspective-taking, and imaginative sense or meaning making are the basis for all human understanding and problem solving. This is a book for the ages.'

'Osbeck’s effort to highlight the researcher as person is long overdue. In framing research as a human endeavor - one that inevitably incorporates human strengths and foibles - she humanizes the process while remaining appreciative of the research enterprise and the benefits people reap from it.'