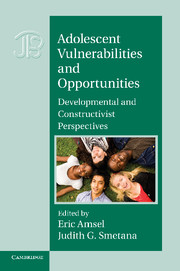 In 1970, Jean Piaget participated in a workshop that instigated vigorous discussion in higher education circles about the importance of traversing the boundaries across the disciplines. The workshop, entitled “L’interdisciplinarité–Problèmes d’enseignement et de recherche dans les universities,” was held in Nice, France, in September 1970 and the proceedings were published in 1972 as a monograph entitled Interdisciplinarity: Problems of Teaching and Research in Universities (Paris: Organization for Economic Cooperation and Development). This workshop and the book that resulted from it set the stage for ongoing debates about how best to view work going on at the intersection of disciplinary boundaries. Piaget’s remarks made clear that new conceptual frameworks were needed, frameworks that underscored the importance of augmenting disciplinary knowledge in order to address the enduring challenges of our times. Whether to do so from multi-, trans-, or interdisciplinary bases and what precisely each of these constructs adds to disciplinary discussions has been hotly debated for the ensuing four decades. What Piaget was wrestling with in 1970 and many others have been pursuing since then are two enduring issues: the complexity of knowledge and the importance of viewing knowledge construction as a process embedded in real time. Piaget understood early on what has become more obvious now, namely the importance of going beyond disciplinary limitations both theoretically and methodologically. This insight has shaped modern thinking on knowledge and development in significant ways.

Around the same time that Piaget spoke at the OECD workshop, a new society was formed. In 1970, the Jean Piaget Society was founded. It has since provided an internationally recognized forum for inquiry about and advances of significant problems in the developmental sciences. The Society has had a long-standing commitment to developmental perspectives and has been deeply concerned with theories and conceptualizations of development and the ways developmental perspectives connect to and influence research. Since renamed The Jean Piaget Society for Knowledge and Development, the Society organizes and sponsors a book series, an annual meeting of plenary addresses and scholarly presentations, a scholarly journal (Cognitive Development), and a Web site (http://www.piaget.org). Across venues, participating scholars come from a range of disciplines, including departments of psychology, anthropology, linguistics, sociology, biology, philosophy, and education.