from Part II - Restoration Eschatology and the Construction of Biblical Israel 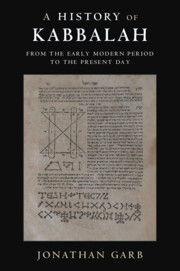 from Part I - The Anti-linear Cold War