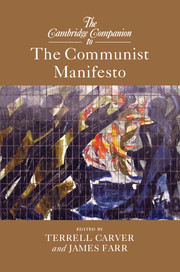 from Part I - Political and Biographical Context

from Part IV - The Text in English Translation