from PART III - Emigration, Immigration and the Wider Irish World 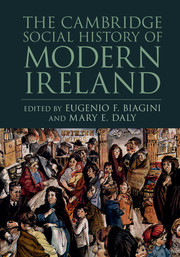