from Part I - Trauma and autobiographical memory 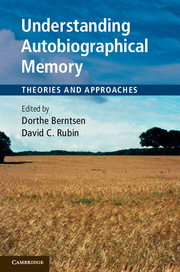