from Part III - Inversions of the People: Emperors and Tyrants

from Part I - Modes of Political Communication 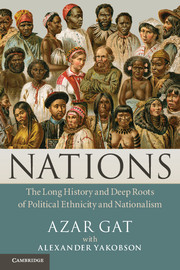