from Part II - Unique capabilities of EMNCs: do they exist? 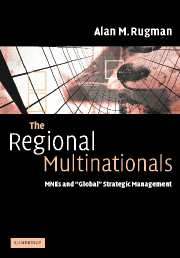