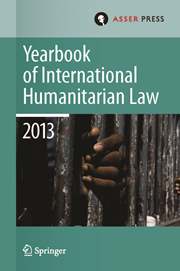 Part III: Essays on the Boundaries of the Battlefield