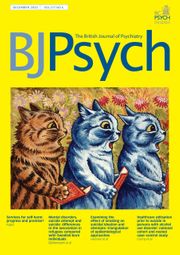 Louis Wain (1860-1939) was an English artist whose humorous, gentle and anthropomorphic depictions of cats were very popular in the late Victorian and Edwardian era. In later life, he developed a mental illness and spent his last years in psychiatric hospitals in the London area. Wain was born in Clerkenwell, London. He studied at the West London School of Art and went on to become an illustrator. His first drawing of anthropomorphized cats was published in the Illustrated London News in 1866. For the next thirty years he produced hundreds of drawings of cats which were published in papers, magazines and children's books.

However, in 1924 Wain was committed to Springfield Hospital in Tooting, and later transferred to Bethlem Royal Hospital and then to Napsbury Hospital, where he died. His diagnosis was paraphrenia. Wain continued to draw cats and to experiment with patterns and design. Although some early commentators suggested that the work he produced after he became mentally ill showed deterioration in his artistic ability and that his rendering of cats in a psychedelic style was evidence of ‘psychotic art’, this is not now accepted. Indeed, alongside his ‘psychedelic’ cats, he continued to produce his more characteristic and conventional pictures. Such commentaries illustrate the dangers of making judgments about psychopathology on the basis of the person's artistic style.