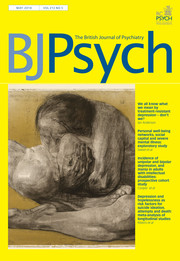 Käthe Kollwitz (1867–1945) was a German Expressionist artist. Born in Konigsberg, she suffered anxiety as a child due to the death of her siblings. She went on to train at art schools for women in Berlin and later Munich. In her art, she addressed social and political issues, and was a committed socialist and pacifist. In 1933 after the Nazi Party came to power, her work was banned and she lost her academic post at the Akademie der Kunste. In 1936 she and her husband were threatened with deportation to a concentration camp, but because of her by-now international stature as an artist, no further action was taken.

This powerful, and indeed disturbing, image of a mother cradling her dead child was produced by Kollwitz in 1903. Her son, Peter, who was seven at the time posed for the dead child. With cruel irony he was to be killed in the First World War at the age of eighteen. Kollwitz never fully recovered from his death. In her diaries, she repeatedly described her loss.

© The Trustees of the British Museum

From the Editor's Desk