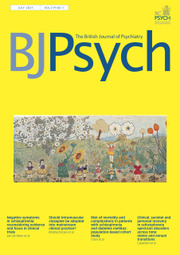 175 At Jennie Richee. Everything is allright though storm continues by Henry Darger. © ARS, NY and DACS, London 2021

Henry Darger (1892–1973) has posthumously become famous as a prominent Outsider Artist. Born in Chicago, his mother died when he was four, and when he was eight, his father was institutionalised. After this Henry was sent to an institution for the ‘feeble-minded’, in Lincoln, Illinois. His biographer, John MacGregor has suggested that he suffered from Asperger's Syndrome, but Tourette's Syndrome has also been put forward a possible diagnosis. Darger received no formal art training. Probably in 1912, he began writing and illustrating his magnum opus, which was to occupy him for the next twenty to thirty years. After his death, the 15,000 page fantasy manuscript was discovered in his room along with several hundred drawings and paintings illustrating the narrative, which was entitled The Story of the Vivian Girls, in What is Known as the Realms of the Unreal, of the Glandeco- Angelinian War Storm, caused by the Child Slave Rebellion. Darger's work contains disturbing juxtapositions of seemingly innocent childhood scenes, set in beautiful country sides and domestic interiors, with dark and sinister scenes of child torture and murder, all completed in primary colours. It has been suggested that his experiences as child in the Lincoln institution, where he was subjected to physical punishment, enforced labour and possibly sexual abuse, influenced the subject matter of his art in a major way.