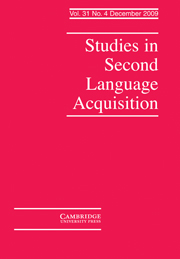 Acknowledgment of Readers for Volume 31