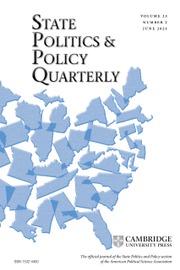 There is tremendous nonrandom variation from state to state in the rates at which people overreport voting in the Current Population Surveys (CPS). What accounts for this state-level bias in overreporting? We find that the determinants of statewide rates of overreporting parallel those in our earlier findings on individual-level overreporting: overreporting is a function of higher concentrations of racial and ethnic minorities, higher rates of religious membership, and being in the Deep South. These relationships are remarkably stable over time (1980-2000), and they are unaltered by improvements in how we measure overreporting. We suggest a method for deflating reported statewide registration figures to account for this bias, assuming that these registration figures are inflated in the same way as are statewide voting figures. We replicate and extend a part of Brown, Jackson, and Wright's (1999) analysis using these deflated figures, showing that our approach can improve explanation.