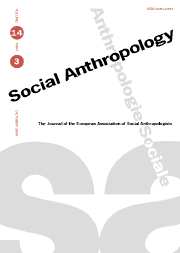 The well-known Chinese emblem yin and yang, studied through the relations between ‘rites and music’, is present in contemporary Chinese society as a fundamental hierarchical opposition. The rite rang ‘handing over for getting’ is explored through given modern performances, those of the rock Pekingese musicians in the 1990s. During the dancing parties, the rock groups ‘hand over’ their places forming a series of groups representing each other on stage, founding in that way a holist community. During the banquet of the rock concert that gather the communist power, represented by the official organisers of such an event, and the popular, represented by the rock musicians, the inviting official ‘hands over’ his central place to the star singer. This ritualistic gesture putting together two different parts of the society shows that the rock music and the power share the same values.