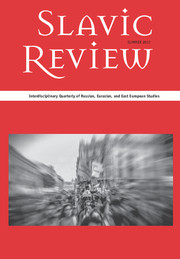 Critical Forum: The East European Response to the 2015 Migration Crisis