Cinematography, Seriality, and the Sciences 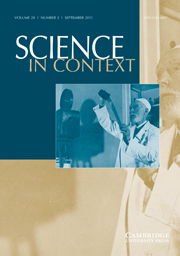