Interactions for language learning in and around virtual worlds 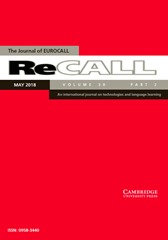