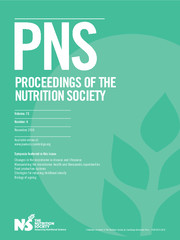 Symposium 2: Changes in the microbiome in disease and lifecourse

Conference on ‘Nutrition and healthy ageing’

Conference on ‘Nutrition and healthy ageing’