Dwarf Galaxies: From the Deep Universe to the Present 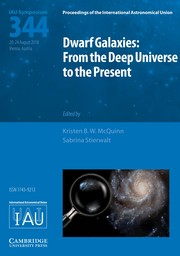