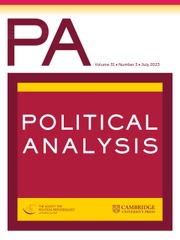 International relations scholars frequently rely on data sets with country pairs, or dyads, as the unit of analysis. Dyadic data, with its thousands and sometimes hundreds of thousands of observations, may seem ideal for hypothesis testing. However, dyadic observations are not independent events. Failure to account for this dependence in the data dramatically understates the size of standard errors and overstates the power of hypothesis tests. We illustrate this problem by analyzing a central proposition among IR scholars, the democratic trade hypothesis, which claims that democracies seek out other democracies as trading partners. We employ randomization tests to infer the correct p-values associated with the trade hypotheses. Our results show that typical statistical tests for significance are severely overconfident when applied to dyadic data.