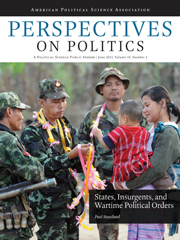 Symposium: Genocide And The Psychology of Perpetrators, Bystanders, and Victims