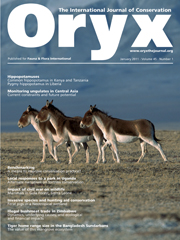 Hippopotamuses in Kenya, Tanzania and Liberia