This is an Open Access article, distributed under the terms of the Creative Commons Attribution licence CC BY NC 4.0.
Copyright
Copyright © The Author(s), 2021. Published by Cambridge University Press on behalf of Fauna & Flora International

The Nubian flapshell turtle Cyclanorbis elegans is categorized as Critically Endangered on the IUCN Red List (2021) and is one of the five most threatened chelonians. This species, which was previously presumed extinct, was rediscovered in 2017 along the White Nile in South Sudan, where for the last 4 years we have been studying its distribution, population size and conservation status, and potential threats (Luiselli et al., 2021, Oryx, 55, 490).

In August–September 2021, funded by the Turtle Survival Alliance, USA, we focused our surveys on the border region between South Sudan and Uganda, where the species has never previously been recorded. This area is characterized by gallery forests along the White Nile river course, and the marshlands of the Onyama River and of the Paanzalla, Difule and Laropi areas. This was once the last sanctuary in this region for the white rhinoceros Ceratotherium simum, which was extirpated in the late 1980s during the civil unrest that afflicted Uganda and South Sudan.

During our surveys, by five surveyors in 600 person-hours over 12 days, we observed one live Nubian flapshell turtle and the shells of three additional individuals, in a remote area of northern Uganda bordering South Sudan (the exact location is not provided here, for the security of the species). Nothing is as yet known about the population size and viability of this population, although we presume that it may be overexploited, as the turtle is captured by local fishermen both for subsistence and for sale. As the area is remote and not yet severely altered by development, habitat loss in this region does not appear to be a threat to the species. 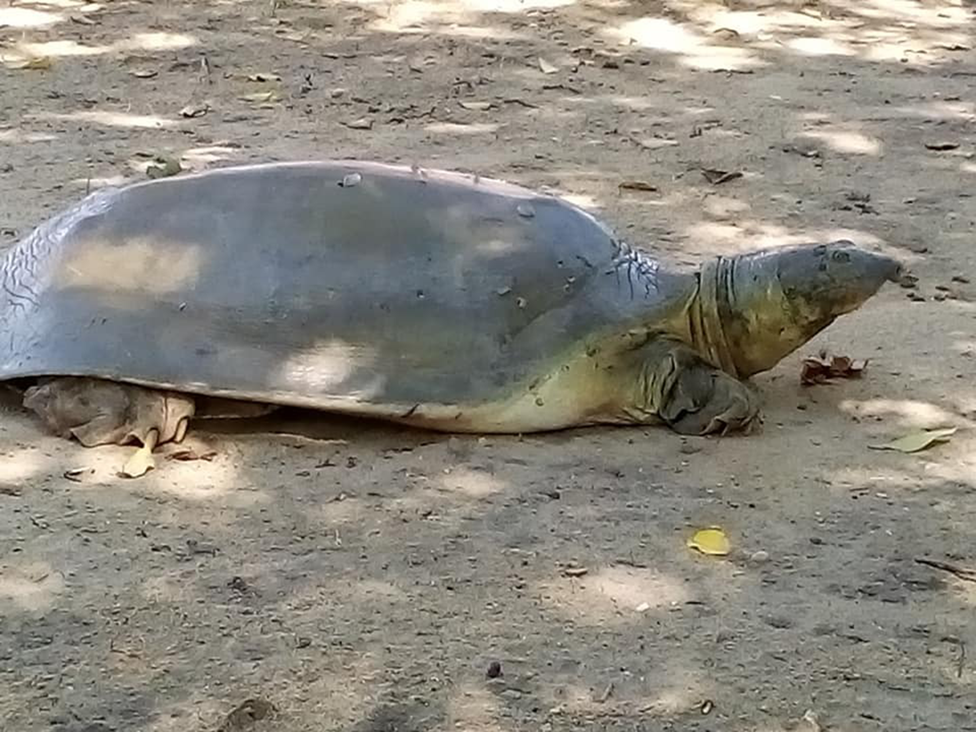 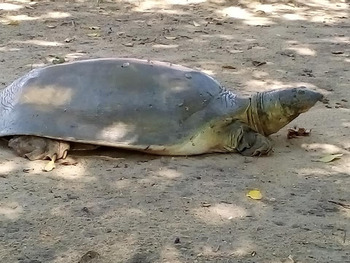