Novel Materials and Applications of Electronic Noses and Tongues 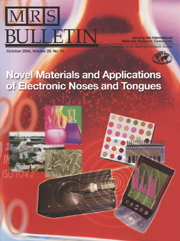