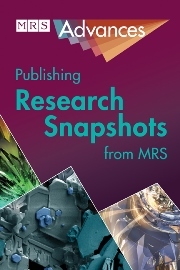 200 μm thick solution annealed AISI 316L stainless steel foils were implanted with Ar ions to produce a 0.25 at. % concentration-depth plateau extending from the near surface to a depth of ≈ 250 nm, and then annealed at 550°C for 2 hours to form small Ar bubbles and Ar-vacancy clusters. Distinct sets of samples (including control ones without Ar) were irradiated at the temperature of 550 °C with Au ions accelerated at 5 MeV to produce an average damage content about ≈36 dpa at the region containing the Ar plateau. These samples were investigated by transmission electron microscopy using plan-view specimens prepared by ion milling. In contrast with the control samples where the irradiation causes the formation of a high concentration of extended defects and large cavities, carbonite precipitation of 1:1 metal-carbon (MC) content with a cubic structure occurs only in the samples containing the Ar bubbles. This precipitation phenomenon is not commonly observed in the literature. The results are interpreted considering that the precipitate growth process requires the emission of vacancies which are synergistically absorbed by the growth of the Ar bubbles.