The current dogma is that the centrioles in the sperm undergo reduction so that a sperm cell then contains one typical centriole, called the proximal centriole (PC), while the distal centriole (DC) disintegrates and the protein surrounding it is eliminated and replaced by the vault. Therefore, it is thought the sperm has only one functional centriole, the PC. If the zygote inherits only one centriole, how does it provide four centrioles, two for each daughter cell? A large international team led by Emily Fishman and Tomer Avidor-Reiss set out to solve this mystery [Reference Fishman1].

Fishman et al. explored for the presence of a catalog of known centrosomal proteins and found that a subset of them were unexpectedly present in the DC of human spermatozoa. Using correlative light and electron microscopy, high-pressure freezing, and freeze substitution electron microscopy, they found that the DC is attached to the base of the central strand of the flagellum (the axoneme) but that its microtubules splayed outward forming a novel, atypical structure. Using super-resolution light microscopy, they found that in human and bovine sperm the DC subset of centriolar proteins is organized into rods. They used an in vitro system to show that the human DC recruited pericentriolar material (PCM) protein γ-tubulin. Furthermore, they followed the DC of bovine sperm into the zygote and found that it recruits PCM and forms a new daughter centriole, which gives rise to an aster localized to the spindle pole, all the while maintaining its attachment to the axoneme. Their finding of a novel, atypical centriole in a mammalian sperm that functions in the zygote solves the mystery of the missing centriole!

As was found in insects, Fishman et al. showed that mammalian sperm also have one typical and one atypical centriole. Their observations argue for an evolutionary pressure to maintain functional centriole numbers with variable structure, microtubule organization, and protein composition. This conservation suggests that sperm centrioles and their remodeling could play a critical role in fertility and early embryonic development. This could lead to an understanding of the precise mechanisms of centrosome transmission during reproduction and may solve male infertility problems that currently have no treatment. Also, this could generate novel targets for male contraception and even support organelle donation strategies to treat centriole-mediated infertility. 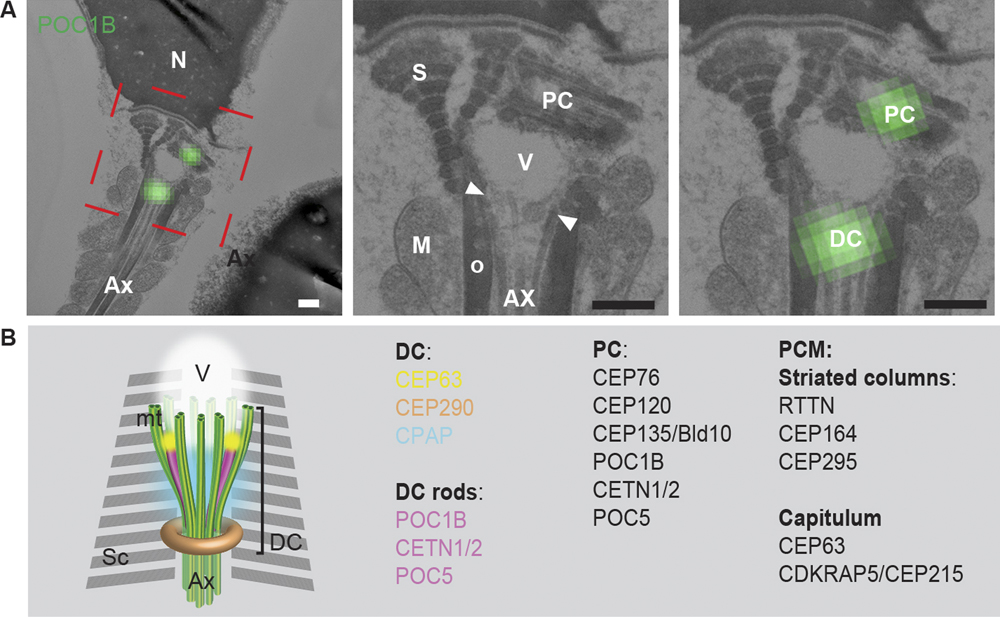