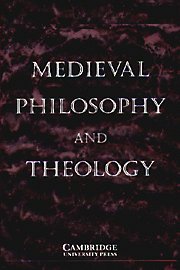 ‘Badness’ is not a good word. It sounds faintly infantile, perhaps especially now, at the end of the twentieth century. Still, ‘imperfection’ and its bland companions are too broad to serve all the purposes of this investigation, while ‘evil,’ ‘wickedness,’ ‘immorality,’ ‘sinfulness,’ and the like are even more clearly too narrow. ‘Malum’ is almost the only word Aquinas uses, adjectivally or as a nominalized adjective, for the central notion in III.4–15, a series of chapters that has sometimes been called a treatise de malo.101 And ‘bad’ and ‘badness’ are the only English words that strike me as coming close to playing all the roles Aquinas assigns to ‘malum.’ With that semi-satisfactory bit of terminological equipment we can start an investigation of his treatise on badness.