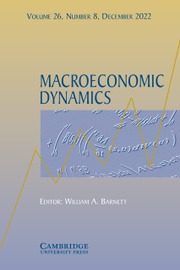 FROM UNCERTAINTY TO MACROECONOMICS AND BACK: AN INTERVIEW WITH JACQUES DRÈZE

Jacques Drèze was born in Verviers, Belgium, in 1929 and completed his Ph.D. in Economics in 1958 at Columbia. His contribution to economics is exceptional, opening up new paths of research in various areas including general equilibrium, decision theory, game theory, econometrics (in particular, Bayesian econometrics), followed by contributions to macroeconomics and economic policy. Drèze has been president of the Econometric Society as well as associate editor and co-editor of Econometrica; founding member and first president of the European Economic Association; president of the International Economic Association and honorary member of the American Economic Association and the National Academy of Sciences. He has received 15 honorary doctorates, including one from the University of Chicago. He has engaged in the promotion and development of research and higher education in Europe, being a founding member of the Centre for Operations Research and Econometrics (CORE) and of the European Doctoral Program in Quantitative Economics (EDP). He has also actively participated in the most pressing economic problems in Europe.

The interview mainly aims at inviting Jacques Drèze to explain what have been his major contributions and what avenues he suggests for future research in macroeconomics. The interview has been conducted sequentially. It started in October 2002 at the European University Institute. The long material collected along these highly illuminating talks was polished and condensed in the following pages. They are organized in the following way. The first section refers to Jacques' initial experiences in Belgium followed by his study of economics in the United States. The second section is devoted to the unity underlying an apparent diversity in his research interests. The third section is devoted to his more recent contributions to macroeconomics, which may be stated as “incomplete markets drive multiplicity of equilibria, calling for active economic policies.” The interview concludes with his contribution to the promotion of research and, in particular, research institutions across Europe.

Both Pierre Dehez and Omar Licandro were students of Jacques Drèze. Dehez and Drèze co-authored several papers, some of which are mentioned in the interview.

FROM UNCERTAINTY TO MACROECONOMICS AND BACK: AN INTERVIEW WITH JACQUES DRÈZE
×

FROM UNCERTAINTY TO MACROECONOMICS AND BACK: AN INTERVIEW WITH JACQUES DRÈZE
×

FROM UNCERTAINTY TO MACROECONOMICS AND BACK: AN INTERVIEW WITH JACQUES DRÈZE
×
×