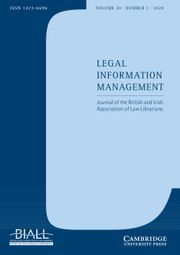 Focus on Legal Publishers and Suppliers