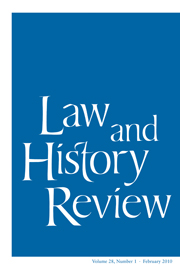 Forum: World War I and the Making of the Modern American Fiscal State