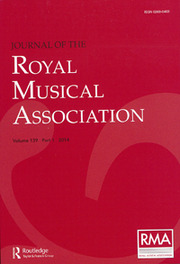 Round Table: Modernism and its Others