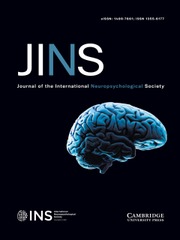 Previous studies have reported that developmental disruption of dopaminergic systems results in lateralized deficits in visual attention (Posner et al., 1991; Craft et al., 1992). Infants who were prenatally exposed to cocaine were hypothesized to have increased reaction times to targets in the right visual field on measures of visual attention compared with infants who were not exposed to cocaine. Seventeen children without prenatal exposure to cocaine and 14 children who were exposed to cocaine (age range from 8–40 months) completed a visual attention task, the Mental Development Index of the Bayley Scales of Infant Development, Second Edition; and the Preschool Language Scale, Third Edition. Cocaine-exposed children were slower to orient to stimuli in the right visual field after repeated trials, especially after attention was first cued to the left visual field. They were also less likely to orient to the right when given a choice. Results suggest that the left hemisphere visual attention system is disproportionately affected by prenatal exposure to cocaine. (JINS, 1997, 3, 237–245.)