Journal of Psychologists and Counsellors in Schools 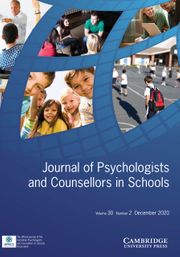