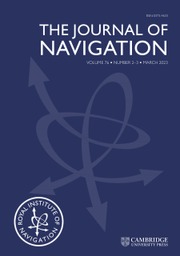 Ship domain is an important theory in ship collision avoidance and an effective collision detection method. First, several classical ship domain models are used in experiments. The results show that the alarm rate is too high in busy waters, leading to greatly reduced practicality of the model. Potential collision risk cannot be detected effectively, especially for a ship with restricted manoeuvrability, which is usually regarded as an overtaken ship due to its navigation characteristics. Therefore, it is necessary to fully consider the interference of other ships to ships with limited manoeuvrability in an encounter situation. A novel ship domain model for ships with restricted manoeuvrability in busy waters is proposed. Considering the navigation characteristics of a ship with restricted manoeuvrability and the influence of the ship–ship effect, an algorithm to determine the boundary of the ship domain model is given by force and moment equations. AIS trajectory data of the North Channel of the Yangtze River Estuary are used to perform a comparative experiment, and four classical ship domain models are employed to perform comparative experiments. The results show that the alarm rates of the novel ship domain model are 7⋅608%, 15⋅131%, 55⋅785% and 7⋅608% lower than those of the other four classical models, and this outcome can effectively reduce the high false alarm rate produced by other models in this environment.